The first 10' of Dub Terror aka Simeone Lombardi will be released in december on Zion Train's label. 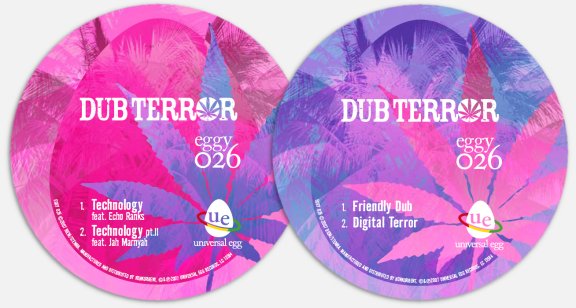 Universal Egg Records new 10’ will be out the 3rd of December. Producer Dub Terror presents Technology featuring Echo Ranks on vocals and Technology Part 2 featuring Jah Marnyah, both Vibronics' vocalists. To quote the press release, here’s "a beautiful beautiful Channel One style one drop rhythm" backed by an heavy bass line. Side B features Friendly Dub dubwise mix and a dubstep mix by Digital Terror, a first for Universal Egg. Don't waste time, it will be a limited edition release - 500 copies only!