Pioneering label to mark this event with releases old and new plus live shows.

This year marks the 30th anniversary of the On-U Sound label and to mark this achievement they will be reissuing a number of classic On-U albums along with a selection of new releases that will include contemporary remixes of Lee Perry’s On-U Sound output, the long-awaited On-U produced Little Axe album and a New Age Steppers long-player plus an extensive box-set with sleeve-notes from Adrian Sherwood, rare and un-released tracks from their archive, a collection of classic tracks and a selection of some of Adrian’s finest remixes. To compliment all of this there will also be renewed live activity from the labels many artists. 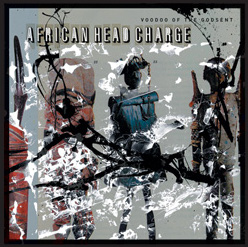 To get these celebrations underway African Head Charge will be releasing a new album on March 28th called “Voodoo Of The Godsent”. The album will again see On U founder Adrian Sherwood teaming up with percussionist Bonjo Iyabinghi Noah where they will also be joined by Skip McDonald, Crocodile and the Crispy Horns together with contributions from legendary bassist George Oban, Dancehall pioneer Jazzwad and electronic wizard Adamski to produce a heady mix of dub, psychedelia, trance, Afro and tribal rhythms that create their own unique sound. As a bonus Adrian Sherwood will personally sign all pre-ordered copies.

Following on from this April will herald the re-release of 3 seminal On-U Sound albums: Creation Rebel’s “Starship Africa”, African Head Charge’s “Off the Beaten Track” and The New Age Steppers’ eponymous first album that was also the first ever LP released on the On-U Sound label.