The Embodiment Of Truth by Mooji

The Embodiment Of Truth by Mooji

Mooji is the name of a Jamaican born spiritual guide in the Hindu-tradition of Advaita which is oneness-teaching beyond all religions. He has many videos on youtube where he holds "Satsang" (association with the truth) a meeting where spiritual seekers come and are given a chance to do self-inquiry. 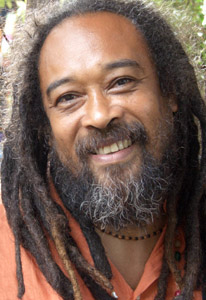 Jonahgold of Goldheart recordings has been very taken with this mans teachings and has decided to put some of his words to music in this case namely the riddim from recent Daweh Congo offering ‘Don’t Be Afraid’.

Jonah said of the recordings “I have made three cuts featuring Mooji and I intend to make many more. I think he's the ultimate dub-vocalist. I'm deeply in love with his teaching and vibe. It's my number one inspiration for all music. I know he has heard and approved of his lyrics being adapted to my reggae-dub and being originally from Jamaica he likes his reggae of course.”

There is no doubt Mooji does have a very deep, soothing voice which gives the song a very peaceful and meditive vibe and it will be interesting to hear what lies ahead.

No profit is being made from this release as it is being given away free with people encouraged to share it around. You can download it here.