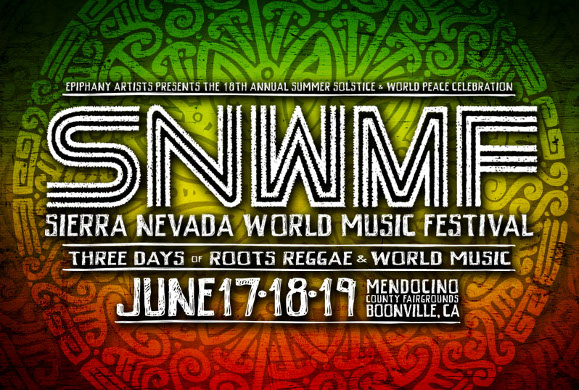 Two things you should know about Northern California’s Sierra Nevada World Music Festival: The three-day ticket is a fantastic deal and unique acts make it worth attending all three days. Sierra Nevada (or SNWMF as it’s commonly known) has evolved into one of California -- if not America’s – most unique and anticipated reggae and international music showcases. The now 17-year old festival features camping accommodations in addition to two live music stages and a sound system DJ area. Surrounded by the lush green Mendocino foothills and close to a killer craft brewery, SNWMF combines local charm with exceptional music.

The organizers put a premium on appealing to a variety of fans – from college kids to dedicated roots aficionados -- with acts this year like Rebelution, I-Octane and Pablo Moses. Although, not quite as old or well-known as its Nor Cal contemporary Reggae On The River, SNWMF has carved out it’s own legacy with previous years’ appearances by Johnny Clarke, Jah Shaka, Alton Ellis, Big Youth, Misty In Roots, The Ethiopians and other heavyweights. The 2011 line-up is equally as appealing with Collie Buddz, Taj Weekes, Brigadier Jerry on day one, Horace Andy, Romain Virgo and Rocksteady legends The Cables on the second day, while day three features Anthony B, Duane Stephenson and Dennis Alcapone among many others.

SNWMF solicits performer ideas via their active user “Phorum” where a variety of reggae rumors, events, trends and tunes are also discussed and debated. “We rely heavily on what our attendees have to say about our festival each year in an effort to improve on our creation from the year before,” says festival promoter Warren Smith. "[We] take careful note as to who they want to see grace our stage the next year.” Smith notes that this year’s presentation is accented by music from across different decades and eras. "Between The Cables and The Jolly Boys, Steel Pulse and Horace Andy, Rebelution and Collie Buddz, the 18th annual Sierra Nevada World Music Festival will feature three generations of the best in reggae music,” said Smith.

SNWMF takes place at the Mendocino County Fairgrounds, two hours north of San Francisco in Boonville, home to the Anderson Valley Brewing Company, one of America’s best microbrewers. Three-day advance-purchase tickets are only $150 while single-day tickets are between $60-70. Camping is only available to 3-day ticket holders for an additional $60. Camping is recommended in order to enjoy the late-night sound system sessions, which often feature surprise artist appearances. According to it’s website, SNWMF’s mission is to “promote music with a message of peace, unity and brotherhood, which transcends the divisions of race and culture.” With values like these along with active fan input it’s no wonder that this festival gets better every year.