We Must Rise Again

We Must Rise Again

Some of Reggae's biggest and brightest sing for Japan.

The Reggae community definitely has been quick to aid and observe the tragic earthquake in Japan on March 1, which is only fitting as the country has, particularly as of late, become a hotbed of fans of the greatest music in the world and a very popular tour stop from some of the music's premier acts. Besides tunes from the likes of Gappy Ranks, there's also been a very large concert and other issues as well. 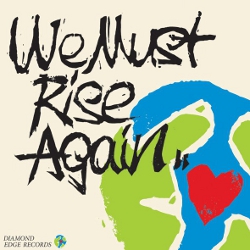 Japanese label, Diamond Edge Records is also doing its best to bridge the gap as they're now releasing a jam packed single featuring some of the biggest names in the genre.

The song will be available digitally soon and 100% of the proceeds will go to benefit those affected by the earthquake, via the Japanese Red Cross.