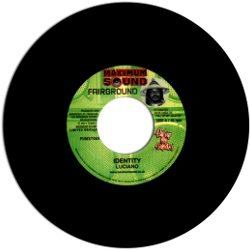 The always reliable producer Frenchie has dropped another great riddim, this one is called Fairground, and is a nice piece of energetic modern roots reggae.

It’s voiced by I-Octane, Konshens, Luciano and Fantan Mojah, and is now available as 7” in all good record stores. In late July it will also be made available as digital download on iTunes.

Maximum Sound has had some great releases in 2011. In April the label dropped the acclaimed riddims Sound Exterminata, Ghetto State, with elements from Half Pint’s 'One Big Ghetto', and Skateland Killer, based on Eek-A-Mouse’s 'Star, Daily News and Gleaner'.

If you’re curious on how Fairground riddim sounds you can listen Maximum Sound’s megamix of the riddim below, which also includes cuts from Chris Martin, Cecile and Zinc Fence featuring Stylo G.