Sara Lugo is Locked Away!

Sara Lugo is Locked Away!

The latest single from the brilliant young German star. 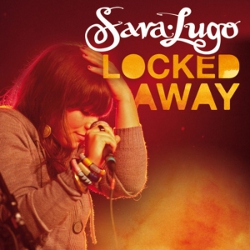 Just in case you've continued to exercise extremely poor judgment in not picking up her outstanding debut album, 'What About Love', brimming German Reggae star, Sara Lugo, is giving you yet another reason to do just that in the way of releasing an EP for her new single off the project, Locked Away. Along with the original version of the tune, which was ran by Loomis Green, the EP set features a fantastic new and more 'Reggae-centric' track which is touted as the "single version". Also, there is a Dubstep remix courtesy of El Wharton and, perhaps most interestingly, a dubbed out version of Locked Away appears courtesy of Lugo's lead producer, Umberto Echo.

Fans can also look forward to seeing a very well done video for the track! The EP release of Sara Lugo's latest single, Locked Away, is in stores right now. So get it!