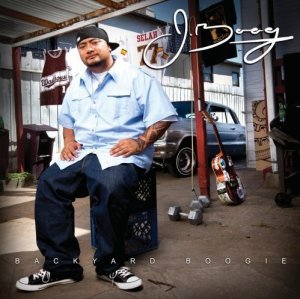 The currently flaming J Boog is in the midst of a sensational streak in his still relatively young career and 2011 figures to be yet another high-point for the very impressive vocalist as he is set to release his brand new album, 'Backyard Boogie', later this month to much anticipation across the world. Arguably one of the greatest things to happen to Hawaiian Reggae [if not the greatest], J Boog has left a big impression on the Reggae community as of late through a slew of big big singles and this album, should it live it to the hype, could possibly be one of the biggest of the year.

Of course, featured on 'Backyard Boogie' is J Boog's largest hit to date, the massive Don Corleon produced set, Let's Do It Again, but it isn't alone as also featured in the album's sixteen selections are other well known tunes such as Crazy, Mystery Girl and Take It Slow. Were that not enough [and it was], also featuring on the album are Reggae stars Peetah Morgan, Tarrus Riley and Million Stylez.

A sure winner of an album, 'Backyard Boogie' by J Boog is set to reach stores, worldwide, on September 20th.