The Queen honours the reggae legend "for services to broadcasting". 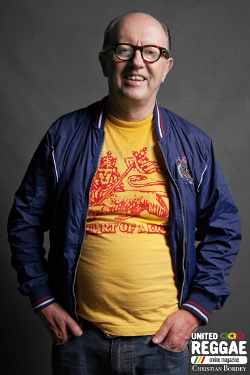 Long-serving reggae broadcaster David Rodigan has been appointed to receive the Member of the Most Excellent Order of the British Empire or MBE in the Queen's New Years Honours list.

Rodigan, who turned sixty in 2011, began his career as a selector and presenter in 1978 on BBC Radio London. From 1979 he presented the specialist programme Roots Rockers on London's independent commercial station Capital FM  before joining the city's first licensed 24-hour dance music provider Kiss FM in 1990 to present their Sunday night reggae show.

Generations of reggae fans have been introduced to the latest sounds from Jamaica by his broadcasts.