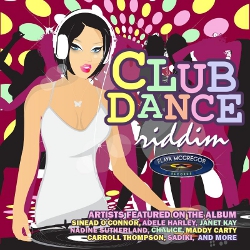 The album features Sinead O’Connor’s new single How About I Be Me and showcases a who’s who of British lovers rockers, including Janet Kay, Peter Spence and Carroll Thompson alongside a new generation of young, international reggae artists, such as Maddy Carty, Ammoye, Rekha and Nikesha Lindo.

“As you know, reggae music is one of the most popular genres around the world – it’s pretty much considered pop music,” says Kemar McGregor in a press release, and continues: