The paper magazine has ceased publication after 12 issues.

In January 2010 reggae magazine Irie Up was launched. Now two years and twelve issues later Irie Up is indefinitely suspending publication. The suspension is due to the economic situation in Europe, which has made continued publication impossible.

The team behind Irie Up will continue to keep the website open in the event of an upturn, and the Reggae Movement Exhibition, which was inspired by Irie Up, will continue to run until the end of this year. Issues 2 to 12 will be available as back copies.

Irie Up and its editor Ronan Lynch wish to say thanks to all of those that have supported and contributed to Irie Up over the last two years. 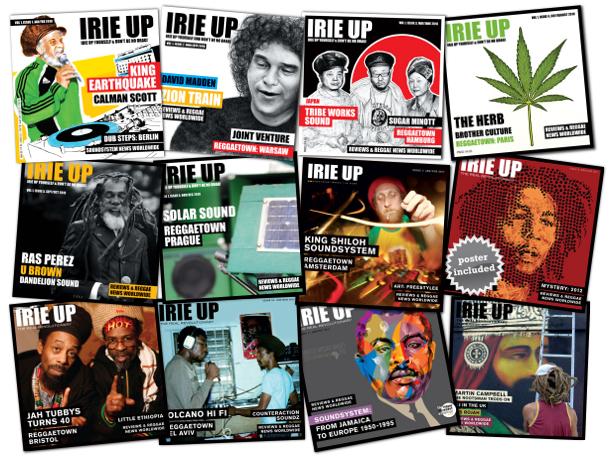