Fifth solo album from Third World lead singer to be released in September. 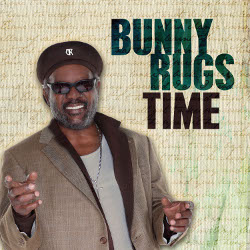 'Time' is the fifth solo album from Bunny Rugs, lead singer of acclaimed and widely awarded pop reggae band Third World, a band that was formed in 1973 and has put out a total of 23 albums.

The first single, Land We Love, is Bunny Rugs’ tribute to his homeland in its 50th year of independence, setting the tone of unity and love in song and video. The full album hits the streets on September 11 on digital platforms and CD.