Queen Ifrica's first recording since giving birth to her child. 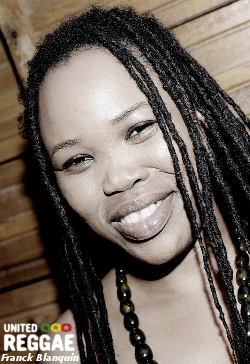 Wayne “Unga” Thompson from Notice Productions – one of the freshest producers from Jamaica at the moment – has a new riddim coming out in November. The initial single Tiad A Da Supm Ya is beautifully treated by Queen Ifrica, and is her first recording after giving birth to her child.

“Working with Queen Ifrica was such a great experience, we had fun, her vocal delivery and passion for what she was saying was sincerely felt and to have a woman speaking out against the injustice which you can hear in this song. I feel proud to be a part of it,” Wayne Thompson told us.

Digital Love Riddim was recorded at Big Yard Studios and mixed at Tuff Gong Studios in Jamaica and is the second one drop riddim from Unga. His first one was the hugely successful Heart and Soul put out last year.

A total of ten artists will be on the one riddim compilation set for digital release.