Jah Is The Only King by Sadiki

Jah Is The Only King by Sadiki

U.S. based Jamaican reggae singer Sadiki – who in March this year was announced as the newest member of legendary rocksteady vocal group The Tennors – returned with his third solo album 'Jah Is The Only King' on November 20. The self-written twelve track album is a departure from the lovers rock sound of his previous sets. 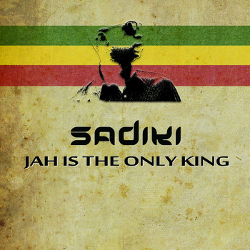 'Jah Is The Only King' is in a press release described as a “compelling blend of conscious reggae tracks and rootsy lovers ballads that showcases the singer, songwriter and producer’s growth and maturity as an artist”.

“I’ve been in Jamaica for the last year and a half soaking up the culture and the musical vibes. This album is an outpouring of that vibe and the ever-changing life lessons that surrounds us all,” comments Sadiki in a press release.