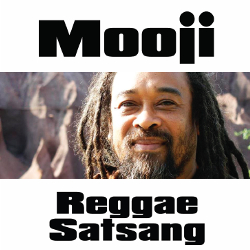 The Jamaican born spiritual guide in the Hindu-tradition of Advaita, Mooji has once again teamed up with Jonahgold of Goldheart Music to bring us another 13-track album full of meditive vibes 'Reggae-Satsang'.

As with his previous release 'Dub-Satsang', from late 2011, his soothing spoken words are laid over music by Jonahgold, which this time has been especially composed around them, rather than riding on riddims from his back catalogue and according to the artist/producer makes it “more reggae than straight dub”.

The message is again a spiritual one about finding inner peace and can be downloaded free or streamed from Soundcloud.