Come On Get Happy Remix by Jimmy Cliff

Come On Get Happy Remix by Jimmy Cliff 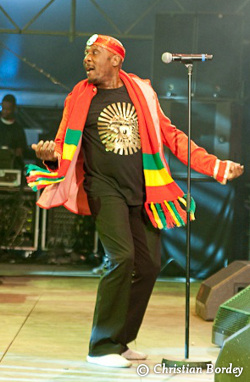 Jimmy Cliff's reggae remix of Come on Get Happy (Volkswagen commercial) was produced by Wayne 'Unga' Thompson of Notice Productions for Sunpower Productions. It was recorded at Jimmy Cliff 's Sunpower studio just before they left Jamaica together for the Asia tour, and mixed by Gregory Morris. The musicians on the track are members of his new band he's now on tour with in Asia.

"I was doing some rehersals with him for his tour, he got the news I was a producer then he found out for himself that I really had a producer ear and he liked the ideas I was bringing so he asked me to come on board and help with the project" told us Wayne 'Unga' Thompson about the way it happened, he also added "It's a great feeling working with the great icon doctor Jimmy Cliff, I have learnt so much from him".