Fire and thunder from 149 Records. 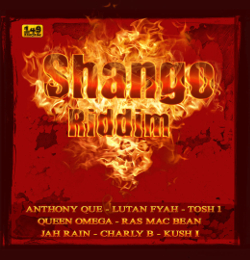 French label 149 Records has looked to the Yorùbá religion for inspiration for their latest riddim Shango, which is also one of Capleton’s aliases.

The riddim comes with eight vocal cuts and one instrumental. A number of familiar names have lent their voices to the project, including Anthony Que, Lutan Fyah, Queen Omega, Ras Mac Bean and the late Peter Tosh’s son Tosh 1.

The Shango riddim was released on digital platforms on April 22th.