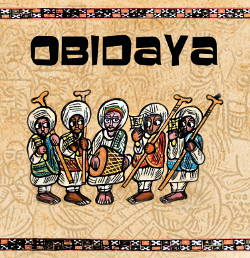 French roots reggae quartet Obidaya aim to put out music in the same vein as vocal harmony trios The Gladiators, The Meditations and The Abyssinians.

They formed in 2009 and recorded their first song a year later and have since toured Europe. Now their self-produced and self-titled debut album has hit the streets, a set echoing from the 70s with its live instrumentation and vibrant harmonizing.

The set contains nine vocal tracks along with five dub versions, one by Canadian bass addict Dubmatix and one by Sonde. It’s now available on CD digital platforms.