July 19th to 22th at Vioreau lake in Joué-Sur-Erdre, France. 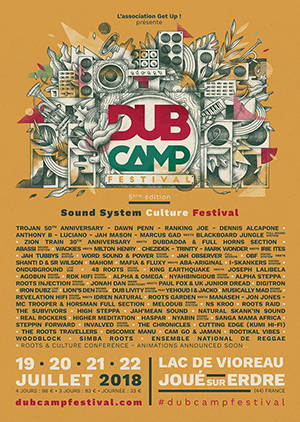 For its 5th edition, the Dub Camp Festival will take place from July 19th to 22nd at Vioreau lake in Joué-Sur-Erdre, France.

This year the line-up focuses on labels and producers from the reggae/dub genres.

Dub Camp Festival is a member of the network Eco-evenement. This means the festival include a waste stage, local biological food, and smart energy management. In addtion they garantee that the festival is accessible to everyone.