The Very Best Of Sizzla

The Very Best Of Sizzla

After a compilation in march on Penitentiary, Sizzla's talent will once again be in the light in June with this Very Best Of by Greensleeves records. 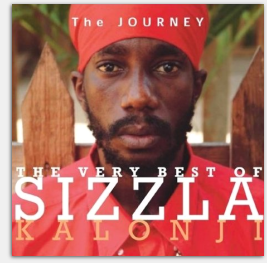 Among the prolific discography of Sizzla, Greensleeves records released some of his best albums. From Bobby Digital productions on the album Black Woman And Child in 1997 through Xterminator with Royal Son Of Ethiopia in 1999, Philipp ‘Fattis’ Burell with Ghetto Revolution in 2002, Don Corleon with Rise To The Occasion in 2003 and Soul Deep in 2005 or King Jammy with Waterhouse Redemption in 2006, the label has choosen 21 tracks to present the singjay whole career with this Very Best Of titled The Journey to be released on 24th june.

Its features Sizzla's biggest hits as Praise Yeh Jah, One Of Those Days or Thanks U Mama and shows once again that Kalonji is talented on many styles as well with modern roots, nyahbinghi, ska, jazz, dancehall or hip hop.