Let’s go back to the 70’s with the Ministerio Del Dub ! French label Heartical is about to release a new riddim created by London based producer and musician Iñaki of Basque Dub Foundation (BDF). This new release includes 8 vocals, a dub version and a melodica cut by Iñaki Yarritu himself. From Alton Ellis to Sugar Minott, Mykal Roze, Little Roy, Earl 16, David Hinds from Steel Pulse and Zareb, all cuts are killers. Each of them delivers powerful reality lyrics over this rootsy riddim led by a tough bass and nice keyboard lines, sounding like a production from the 70’s reggae golden era.

Most of the tracks were produced by Heartical and were mixed by Dub Terror in London. The Ministerio Del Dub riddim will be available on October, 30th on eight 7’ and also for download. Some quality productions. Recommended. 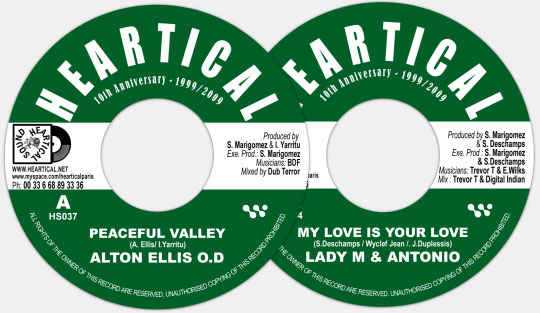