A new stepper riddim out of the Swedish studios. 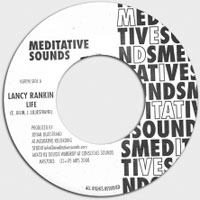 Meditative Sounds is one of the firsts roots reggae soundsystems from Sweden. The story began in the late 90’s when founders and selectors Jesper and Andreas started playing at clubs. Since 2001, Meditative evolved into a studio and a label. They released their first 10’’ single in 2005 voiced by Lion and Errol Bellot. Then, came great releases with Tenna Star, Murray Man and Afrikan Simba on vocals. Today, it’s time to discover their new productions. Conscious tunes, as usual.