I-Wayne’s new album will be released in november on VP Records. 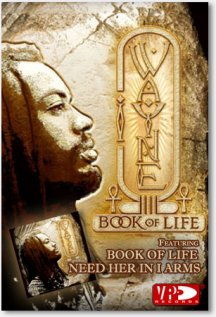 2 years after his first album 'Lava Ground', I-Wayne returns with 'Book Of Life', set to be released the 6th november 2007, which is also edited by VP Records. The one who became really known with singles Can’t Satisfy Her and Living In Love presents 16 songs whose title track which is the CD-s first single.

Those who appreciated his soprano sound on 'Lava Ground' will be glad to discover I-Wayne getting onto various themes such as domestic violence in Jealousy and Abuse (featuring Lady G), worldwide divisions and anarchy in Politics and Religion or singer’s positive world view in Life Is Easy.