Buju Banton is back!

Buju Banton is back!

The Jamaican deejay finally releases his new album. Check it ! 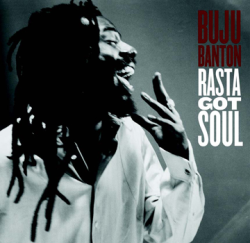 Buju Banton is finally back with a new album. Fans have been waiting for this new one since the release of the rootsy single Magic City in 2006, but instead the Jamaican deejay followed it up with his dancehall album 'Too Bad'. Three years later, his new set titled 'Rasta Got Soul' is ready and should break with the style of the previous one, as the first single A Little Bit Of Story shows it. As with 'Too Bad', it’s a selfproduced effort for Buju’s label Gargamel Music. The result is a 15 track album due to come out in April 2009.

Awaiting the release, we invite you to check out this first single available now !