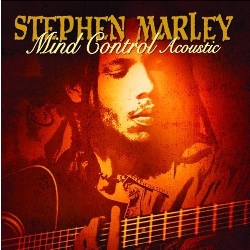 'Mind Control Acoustic' is a 9 tracks set featuring Capleton on Chase Dem, Julian Marley and Spragga Benz on Iron Bars and his brother Damian Marley on two tracks : Traffic Jam and The Mission.

Available for download since December 2008 and to be released on CD on October 27th.