The Bobo is back with a new album due out for January 2010 !

Before he began working with producer Phillip 'Fatis' Burrell of Jamaica's famous label Exterminator (and others), Sizzla Kalonji worked with another producer, named Homer Harris. Harris was the one who discovered Kalonji whilst still at school and gave him the name of Sizzla. Nearly 15 years later, both Jamaicans team up again for his new album.

Entitled 'Crucial Times', the new set will be out on Greensleeves Records (as the last album 'Ghetto Youth-ology' and many others such as 'Black Woman and Child', 'Royal Son Of Ithiopia', 'Bobo Ashanti', 'Ghetto Revolution', 'Soul Deep'…).

Check out Precious Gift, the first single out of his upcoming album. 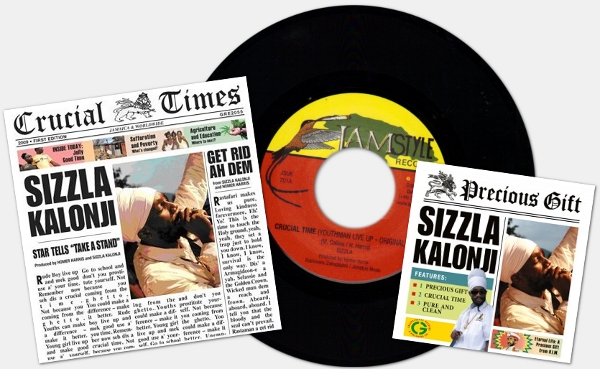