Check out a new track from his upcoming album, due out for release on April 2010. 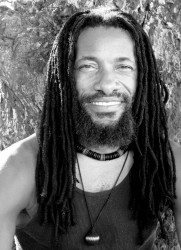 The tall Junior Kelly is back with a new album called 'Red Pond'. It will be released early April 2010. It’s a 15 track set produced by the Jamaican Fire House Crew, including three prestigious guests such as Lukie D, Ras Shiloh and Queen Ifrica. From ballads to heavy modern roots and dancehall riddims (and even ska), the Jamaican singjay delivers his conscious message, as he does since the early 90’s. Preaching message of love (She's Gone, Real Love) or delivering social commentary (Stumbling Block, Treacherous Waters). Junior Kelly confirms once again that the good modern roots scene is still alive (and that the autotune style’s just a hype).