Youssou N'Dour : From Dakar To Kingston

Youssou N'Dour : From Dakar To Kingston

Senegalese artist releases a new album celebrating the relationship between Reggae and the Motherland. 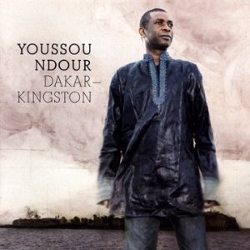 Youssou N'Dour is one of the most famous and great African musicians. He's a renowned singer, songwriter, and composer who began his career at only 12 ! The king of M'balax is now coming with a new album recorded between Paris and the Tuff Gong Studios in Jamaica alongside legendary musicians like Tyrone Downie (from The Wailers), saxophonist Dean Fraser, guitarist Earl "Chinna" Smith, drummer Shaun "Mark" Samson and bassist Michael Fletcher.

This new album called Dakar-Kingston connects Jamaica, Senegal and the whole Africa. It features 13 tracks including several reggae recuts of Youssou N'Dour classics, a tribute to Bob Marley and special guests like Ayo, Patrice and Morgan Heritage. Check out the EPK of this new effort out on CD since March 8.