A man instrumental in the development of the, Ska, Rock Steady and the Reggae

A man who it has been said was instrumental in the development of the, Ska, Rock Steady and the Reggae sound in Jamaican music Sid Bucknor has sadly passed away. He is reported to have died on 9th May 2010 at 2:05pm at the St Charles Hospital, Ladbroke Grove, London in the United Kingdom from cancer. 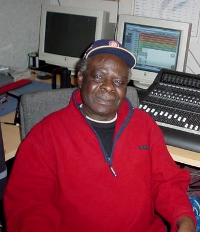 According to Long time friend Cecil Smith, Sid was a giant in the music business with great talents not only behind the desk as a studio engineer and producer but also as a songwriter. He describes him as a man who “helped to shape the sound of the music, alongside the musicians of the time and pioneered new ways and techniques of capturing the feel and spirit of the music.” He goes on to say “His contributions to Jamaican music cannot be overlooked. Much of its overwhelming success can be directly attributed his creative genius.” He was also speaks of him as a very patient teacher who was always happy to pass on his knowledge and skills to anyone wishing to learn.

During his early days in Jamaica he worked at all of the great studios, Dynamics, Federal, Studio One, Channel One, Treasure Isle, Harry J, Randys, King Tubbys and Joe Gibbs to name just a few, before immigrating to England in 1970. There he continued to spread the sound of Reggae music working at Island’s Basing Street Studios, Chalk Farm Studio, BBMC Studio, Hackney Community college Studio, Tony King Studio, Odessa studio and lots more.

Sid worked with many of the greats in the Jamaican music industry, including Bob Marley and the Wailers with whom he recorded and mixed ‘Catch a Fire’, ‘Burning’ and ‘Natty Dread’. Others that he worked with throughout his long and illustrious career were Toots and the Maytals, Desmond Dekker, Alton Ellis, BB Seaton, Ken Boothe, John Holt, Bob Andy and lots more, the list is endless.

He will be sadly missed by family, friends and the music industry. We at United Reggae have them in our thoughts at this sad time.