The godfather of dancehall died yesterday in Jamaica aged 54. 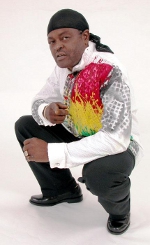 The rumour has been circulating on the internet for a few hours, but now it looks like Sugar Minott's death has been confirmed. The Jamaican singer had been suffering from heart disease for quite some time.

Sugar Minott had a great career that began with the group African Brothers then solo recording his first album for Coxsone Dodd at Studio One. He also played a big role in the career of artists such as Junior Reid, Tristan Palmer, Tony Tuff, Yami Bolo, Garnett Silk and many more with his musical school Youth Promotion. RIP.