Last month I was asked to review the new album from Dubmatix ‘System Shakedown’. The album, like 2008’s ‘Renegade Rockers’, featured a collection of vocalists from across the reggae arena, with what was thought to be legendary Gregory Isaacs singing the title track. Unfortunately, for all concerned, it has since transpired that the vocalist on that track is not in fact Gregory but a Jamaican scammer who has been pretending to be him. Dubmatix told United Reggae : 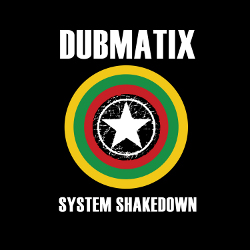 “I'm of course very disappointed, shocked and angry that it is not Gregory but rather a shyster, taking advantage of people, their hard earned money and good names. I also am upset for those of you who now have a copy of the CD or Album download that includes a track that is not by Gregory. I've worked with some of my favourite artists over the years including Sugar, Alton, Linval and more, and it's disheartening to think that someone would do this”.
Dubmatix went on to say “On our end we've been working hard to remove his name from the track. References on all existing websites under the Dubmatix name have been removed, an updated CD cover and liner notes issued. All online retailers will also be making the correction as soon as possible and all future CD pressings will have the track removed.

It's a very unfortunate situation,  however there are 12 additional songs on the System Shakedown album with legit singers such as The Mighty Diamonds, Tippa Irie, Brother Culture, Dennis Alcapone, Jay Douglas, Ammoye, U Brown, Kulcha Ites and more that all worked hard, as did myself, and I wouldn't want their efforts to be diminished.
Now that I know for sure that it is not Gregory, it's important to set the record straight out of respect for Gregory's family, the fans and myself.”