Thanks and Praise by Gappy Ranks

Thanks and Praise by Gappy Ranks 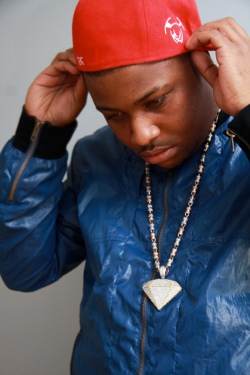 Earlier this year UK-based singjay Gappy Ranks dropped his debut EP 'Rising Out of the Ghetto' as well as his debut album 'Put the Stereo On'. Two very different efforts. While the former had a contemporary dancehall approach, the latter relied on vintage riddims from Studio One, Treasure Isle and Bunny Lee.

Now Gappy Ranks has scheduled a new album release. In February Hot Coffee Music will put out 'Thanks & Praise', an album that is said to be modern and uptempo, probably in the same vein as 'Rising Out of the Ghetto'. It’s produced by Notice Productions, Special Delivery Music, Macro Beats, Jazzwad, Bass Runner, Clay Records and Gappy Ranks himself. Included are singles such as Stinkin’ Rich, Thanks & Praise, Longtime and English Money.

'Thanks & Praise' is scheduled for release on February 15th.