Jamaican deejay was killed Thursday night at the age of 22. 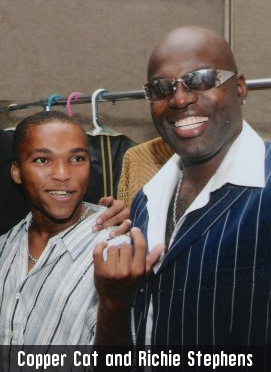 Most ridiculously and most fucked up, Demar Graham - The up and coming Jamaican Dancehall DJ known as Copper Cat was recently killed in front of the home of his mentor, the very respected singer Richie Stephens, in Kingston, Jamaica. Copper Cat was reportedly shot for his Blackberry device which he refused to hand over to the potential robbers. Copper Cat had been in the public eye from very young as a disciple of Stephens', performing with and recording for the singer when he was a child and he had tunes such as Tears, Life Goes On and Fren Murderer (for which he shot a video) and Bogus Gallis on Ward 21's Cosa Nostra Riddim in 2010. Graham was just 22 years old.

In honour of his good friend, the sensational Khago, one of Reggae's breakout stars of 2010, has recorded the tune Coppa Gone Too Soon.