International flavour from out of Germany courtesy of Urban Tree Music.

Certainly with all of the activity in the area, German Reggae, as a whole, isn't exactly starving as of late, but still here comes a pretty nice boost in the form of the Youth Riddim from the relatively 'youthful' and up and coming Urban Tree Music. 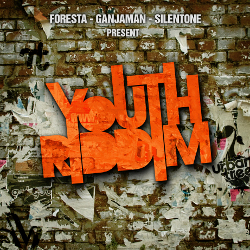 Producers Foresta and Silentone have teamed up with Ganjaman (also an artist) to push out the lovely Roots Reggae composition and do so with a bag of very interesting and solid names aboard.

Wicked chanter from out of Aruba, Smiley, joins the likes of Uwe Banton, Junior King, Ephraim Juda, Vido Jelashe, Jennifer Washington as well as South Afrikan dynamo Black Dillinger. Also, German speaking fans get their own edition of the riddim which specifically features German artists delivering in German such as the aforementioned Ganjaman, Kimoe and Benjie.

The Youth Riddim from Urban Tree Music, which has had more than a little buzz surrounding it, is set to drop digitally on February 18 with a physical release soon thereafter.