Made In Jamaica DVD

Made In Jamaica DVD

Made In Jamaica gets a dvd release 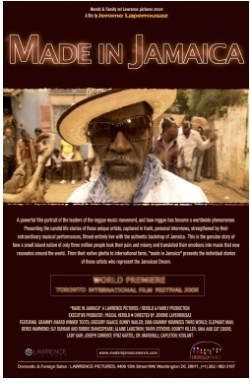 While the American audience is still waiting to see on screen Jerome Laperrousaz's film. The DVD should be released on February and will be accompanied with a CD of unpublished songs.
Meanwhile, the crew of the film continues to promote the film around the world.

Go to the Made In Jamaica page for more informations :