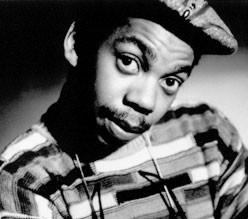 British deejay pioneer Smiley Culture has died on Tuesday during a police raid in Surrey in the south east of England according to BBC News. He died of a suspected stab wound when police officers from the Serious and Organised Crime Command carried out an arrest warrant at his home. Smiley Culture was due to face trial next week accused of conspiracy to supply cocaine.

Smiley Culture rose to fame in 1984 when his debut - the hilarious Cockney Translation - hit the streets. The single made fun of the cockney dialect and was an instant hit. His other hit song was titled Police Officer.

He was part of several talented British deejays, or MCs as they preferred to be called, that was popular in the early and mid eighties. This period is deeply explored on Nice Up the Dance – UK Bubblers (1984 - 1987) released last year.

Smiley Culture, whose real name was David Emmanuel, recently appeared in the BBC4 documentary Reggae Britannia. He was 48 years old at the time of the incident.