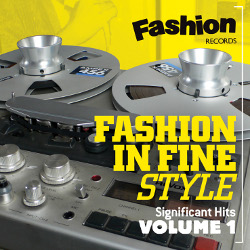 Late last year it was announced that Fashion – one of UK’s most successful reggae labels – was set to digitally reissue their catalogue during 2012.

The first batch will hit the streets on March 19th and includes ten albums, of which one is a new release titled 'Fashion in Fine Style - Significant Hits Volume One'.

Further albums from the catalogue as well as greatest hits and remix packages will be put out over the next few months.