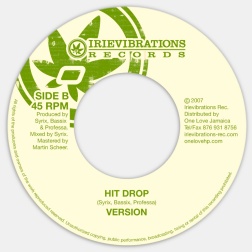 It features Jamaican and Austrian artists including a great combination with Perfect & Chezidek on Journey, powerful cuts by Jah Mason and Gyptian, or Turbulence‘ peaceful Only Love. The 10 cuts will be released as 7" in March 2008.